Join me on social media! 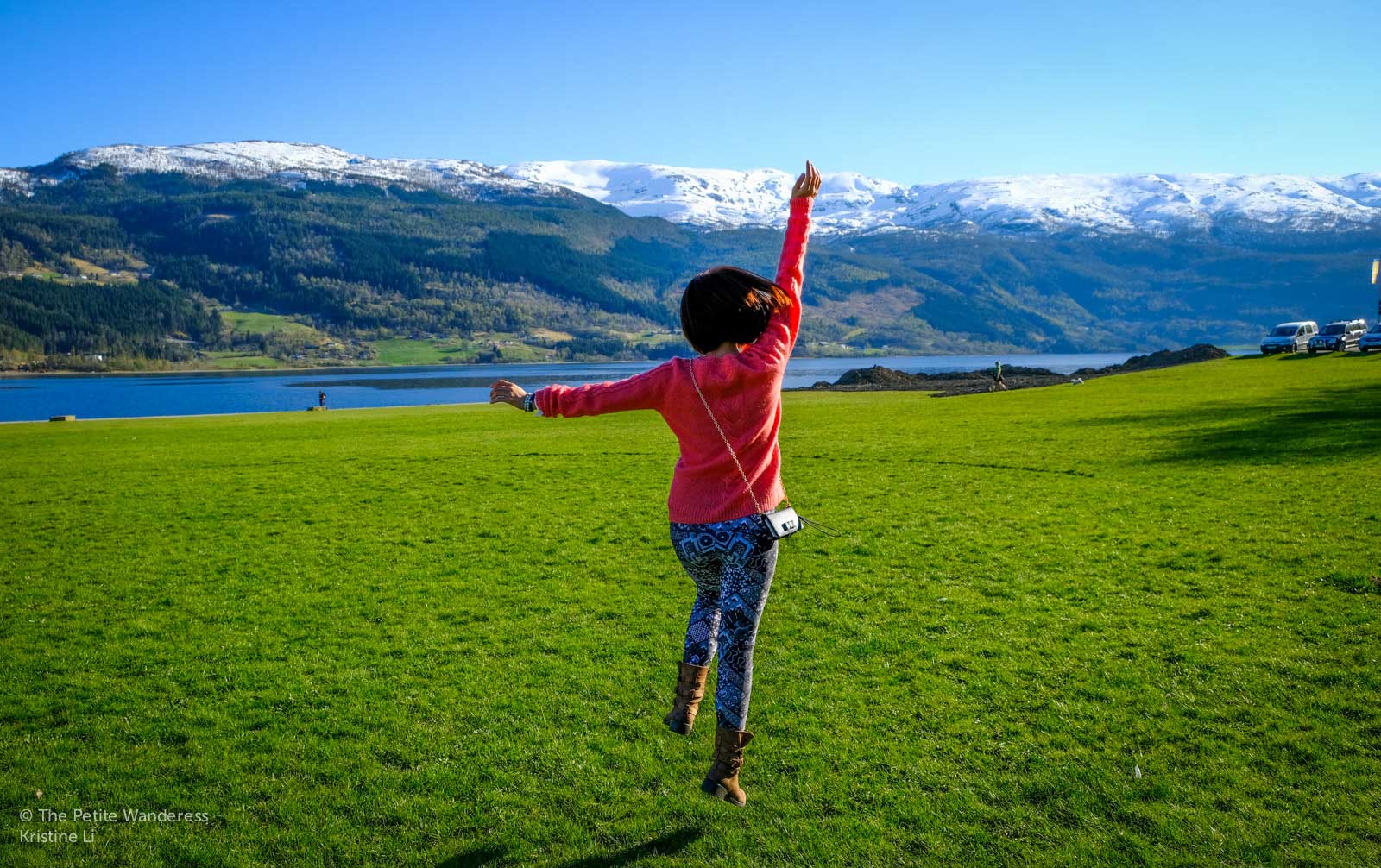 What Everyone Got Wrong About Their Weird, Solo-Travelling Friend

Rumour has it that she’s weird because she travels solo.

You know, like she goes exploring the big, scary world on her own, or even visit a city for a few days alone! Who does such a weird thing? Who would even think of doing that?

*Raises my hand*. Me. I’ve spent time in Bangkok, Chiang Mai and Stockholm, all solo. And at least a few friends who travel overseas on their own too (but are not shouting about solo travel the way I do, lololl).

Here are 8 things that the non-solo traveller often gets wrong about their solo-travelling friend:

1. She travels solo because she has no friends / partners.

This is soooooo common an assumption and soooooo far away from the truth.

It’s basically one of the first conclusions people draw when they hear you’re travelling somewhere on your own. I’m not surprised if they think the same of strangers in their hometown dining or watching a movie alone.

Fact: People with friends and/or partners also travel solo. Perhaps you haven’t met them yet, but I have.

Solo-travelling is a choice and a decision.

Not necessarily an outcome of circumstances.

Let me share the process of how that solo trip happened:
1. Found a place that I wanna visit.
2. Book the tickets.

That’s it! It’s that simple. Definitely not as complicated as you imagine to be like:
1. Found a place that I wanna visit.
2. Ask Friend A if she wanna go. Negative.
3. Ask Friend B, C, D if any of them wanna go. Negative.
4. Brainstorm harder about who else might be keen and repeat step 3.
5. When the answer is no from everyone, I contemplate and decide to go alone.

However, solo-travelling also doesn’t mean you’re forbidden to invite ANYONE to meet you overseas. No one’s restricting your movements.

This probably only happens to female solo travellers. Perhaps you didn’t say it in her face, but it’s very obvious from your reaction, body language and the things you ask, once you know she’s going somewhere on her own – that you find her weird. My brother travels solo as well. No one ever gave him the vibe that he’s weird for travelling solo. No one ever asked why he’s even travelling solo (he’s definitely not weird and he has tons of friends btw). People get different ideas about solo-travelling for different genders.

Truth is, you’ll only feel your friend’s weird for travelling solo because you don’t have OTHER friends doing it.

You need to expand your circle lol.

By the way, in case you wonder, your “weird, solo-travelling friend” doesn’t mind that you find her weird for travelling solo. She’ll simply laugh it off.

Here are 2 female travel bloggers (from Singapore) I’ve acquainted and I know they travel solo: Brooke of Roamscapes (wonderful travel writer who also takes awesome photos, she’s even been to Mongolia and North Korea!), Xin En of Koala Travels The World. And I have actual friends that travel solo and are not bloggers!

My mum can never understand why I’m so cheerful when I tell her I’ve just booked tickets to Destination ____ and going solo! She definitely thinks I’m a loner who hates people, haha. If that’s the case, I still won’t travel solo because sheesh, I still have to deal with humans (aka service staff, airport staff and the whole world)!

Your solo-travelling friend doesn’t dislike humans. It’s just that she appreciates and craves quiet time to herself too. She might even be an introvert.

Here’s a fellow solo traveller I acquainted in Santorini. We decided to visit a wine museum and have dinner together in town, before saying bye and promising to meet in a different country next time. 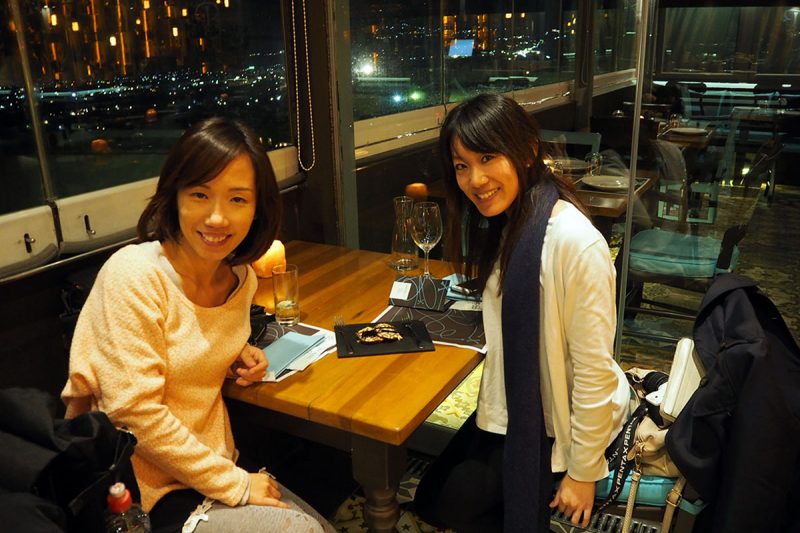 4. She travels solo to prove a point to people.. especially to you.

Err nope. Non-solo-travellers like to assume that solo-travellers TRY SO HARD to make a point, or many points, actually, to show others they’re independent, they enjoy time alone (this one is true but it’s not the point we seek out to make), to the extent of travelling solo despite all the downsides of solo travel.

Fact: We travel solo purely for the sake of ourselves, not for others, not for you.

If it’s not obvious enough, we enjoy travelling solo!

5. She must have felt very lonely during her trip.

.. and must have regretted going on her own!

I can’t say the same for others but when I travel solo, I Feel Liberated.

Like finally, I’m relieved of all commitments and external noise I had to deal with back in my home country. At last, I can have time and space to listen to my heart and my mind and do whatever I want, at my own time. When I travel on my own, it’s a mix of nervousness + exhilaration. So much to see, so much to feel, so much to explore!

It’s also not that difficult to meet people when travelling solo. This article has it covered!

6. She goes solo so she can do things she wants, you know, like.. find a man.

Sorry to burst the bubble but I find other activities way more interesting than going out specifically to find a single-and-available-man-that-I-can-connect-with, in a foreign country no less.

Yes, I travel solo to do the things I want, such as see the different shades of Santorini for myself, or chase Santorini’s famous sunset, or check out Stockholm’s Old Town to snap a photo that later got featured by Stockholm’s tourism board, or see autumn flowers in Tokyo. 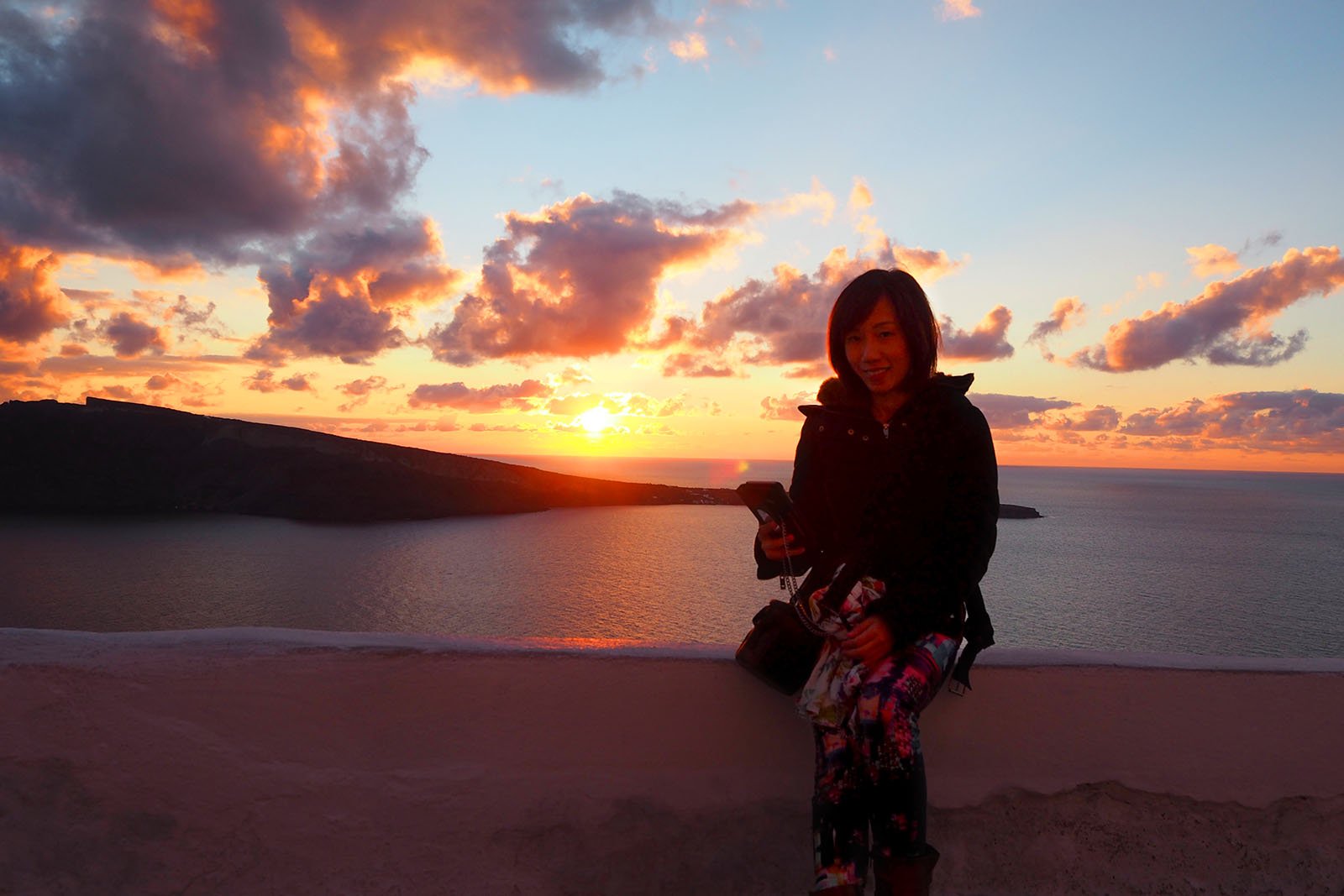 7. There’s nothing that friend fears anymore, since she “has travelled solo”.

Zzz. I feel mildly insulted each time someone jumps to this kind of conclusion. It is NOT TRUE! I still jump in the presence of cockroaches and rats and lizards and spiders and snakes. I still have constant fears of getting robbed, abducted, assaulted, dark places, crowds, creepy hotel rooms and dark energy, especially when I travel. I don’t know how I survived sleeping being the only occupant in this hotel in Santorini. I don’t have the guts to enter a crowded restaurant full of groups. I worry about plane crashes or not being able to haul my bag up the plane’s overhead compartment.

Solo travel didn’t change any of those fears, but instead, made me acknowledge the fact that those fears won’t magically go away just by travelling solo. Lessons in mindfulness they are.

8. Solo travel will be her ONLY travel choice from now on.

Or she’ll never travel with you or anyone else ever. This is not true. I do enjoy solo travel but it does not mean I’ll limit myself to that as the ONLY style of travel. I still travel with friends and family and enjoy those trips too!

Solo travellers, if you can relate to this article, please share it!

Credits: Cover photo was NOT taken on a solo trip, but I thought the vibe suits this post. It was taken in Norway by Ally T.

Please note that this blogpost contains affiliate link(s). If you make a booking/purchase through the link(s), this travel blog receives a tiny commission at no extra costs to you. The commission helps to offset costs for keeping thepetitewanderess.com going; your support is much appreciated! Full disclosure terms are available on this page. 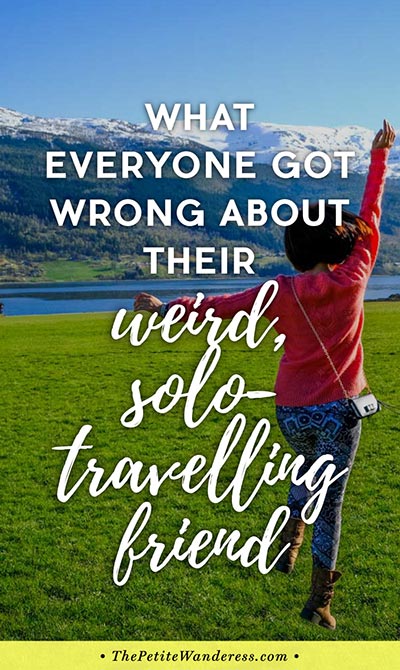 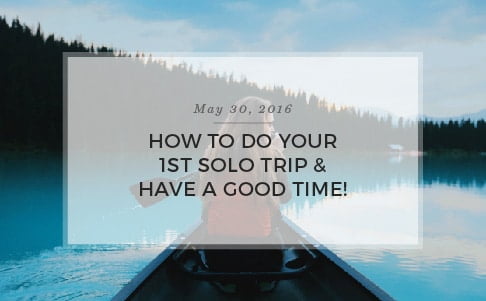 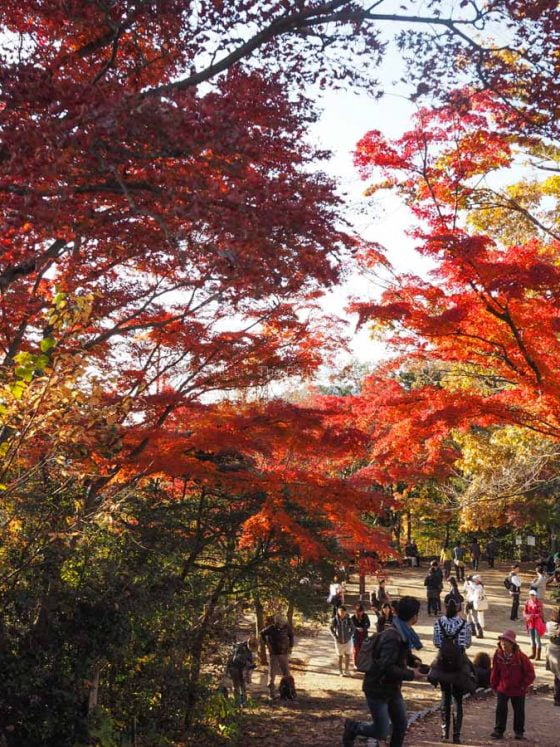 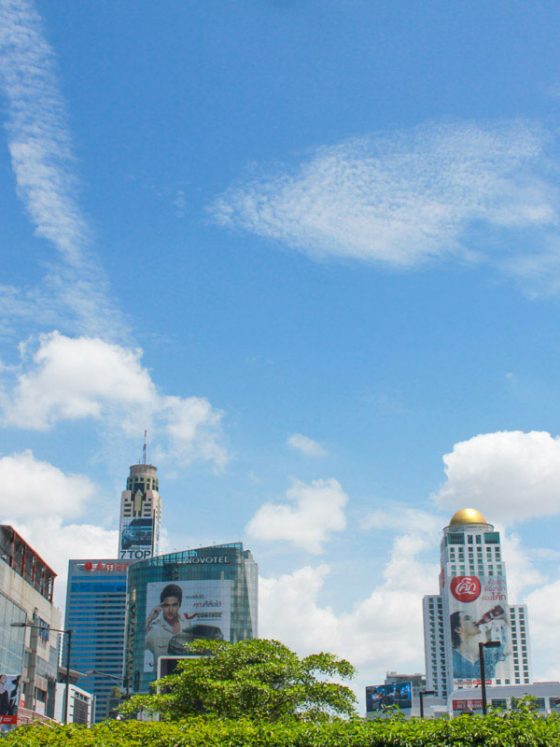 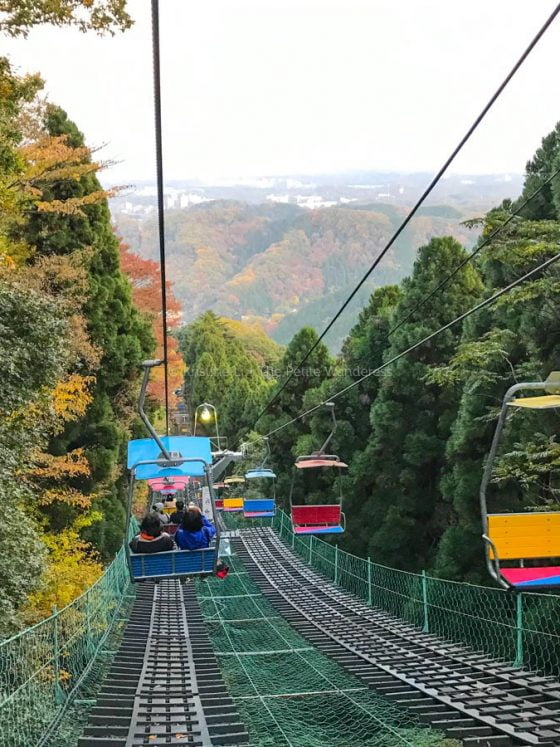 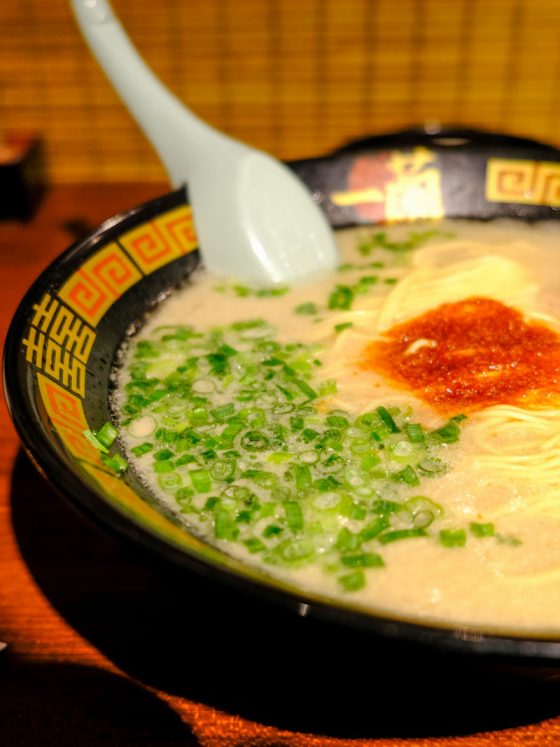 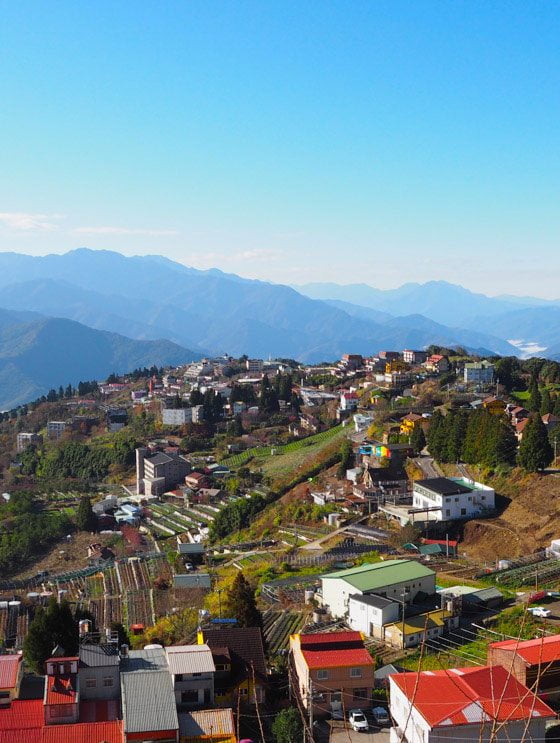 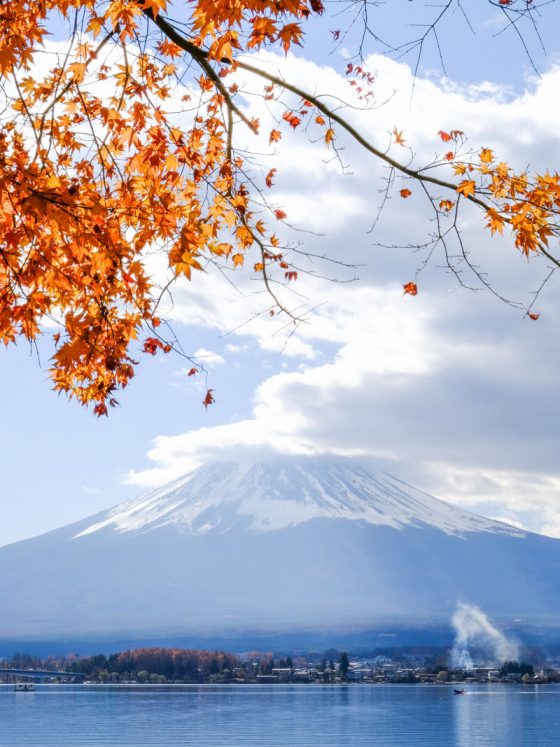 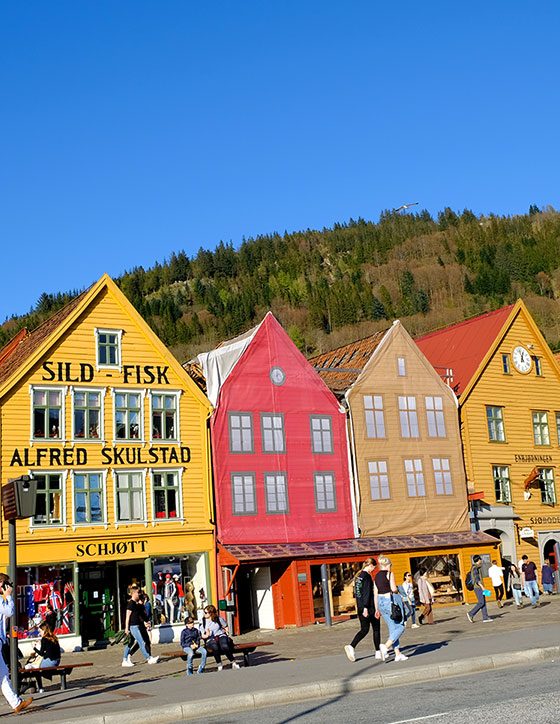